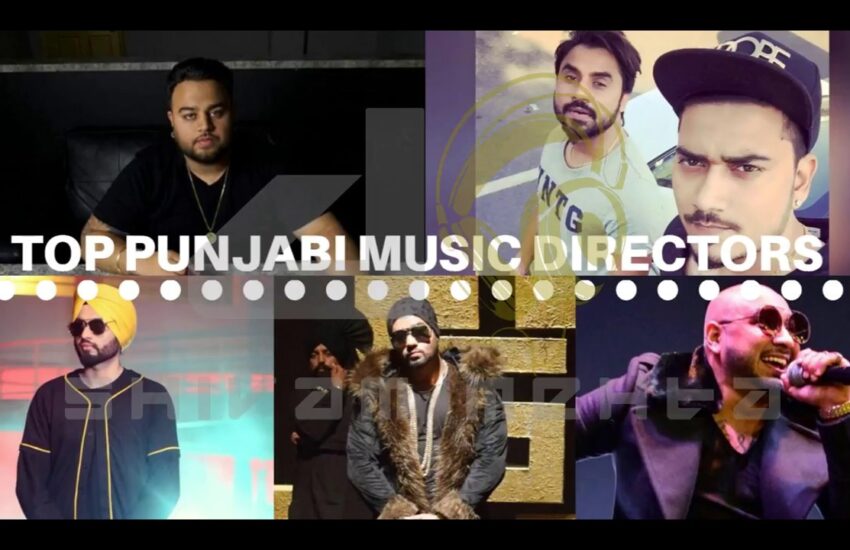 The music of Punjab has millions of fans not only in Punjab but in the entire country. Punjabi music reflects different tastes and styles of the state. The land of five rivers has been a veritable music factory and overflowing with music labels and artists. The growth and development of the music industry are attracting talented singers and producers.

Here, read the best music directors that are taking the level of music to the next level and making it the second-fastest-growing industry. Here’s a list of top go-to music directors you should work with.

If you are an Indie artist and want to elevate your career at a superfast speed, then knock on the doors of these best music directors. Desi Crew consists of Satpal Malhi and Goldy Khalon who have been serving with their great music for many years. If you are a fan of this amazing duo then you must have heard their best songs- Att Karti, Ajj Kal Ajj Kal, Born To Shine, Kya Baat Aa.

Deep Jandu is an all-rounder personality. This Canadian music producer started his journey in 2005. He not only directs hearting-touching music but also produces raps and sings a song in his heavy and lovely voice. He has been considered as the top music director as well as a singer by his fans. His enriched discography since 2011 and he got recognition with the song “Affair,” “Kali Camaro.” The song we love the most is ‘Aa Gaya Ni Ohi Billo Time.’ The list of others hit songs includes Up & Down. In addition to that, he has also been behind the launch of Sidhu Moose Wala, Karan Aujla, and many other biggest names of the Punjabi Music Industry.

Have you heard ‘CLASH’ and ‘HABIT?’ Those two projects are completed by The Kidd. He is another famous Punjabi Celebrity with a bundle of success stories under his umbrella. He is the new heartthrob of the Punjabi music industry. Very few people know his real name, that’s Gagandeep Singh. At the mere age of 22 years, he has made it to the list of top 10 music directors. Mere 22, Vintage Caran, Waliyan, Cadillac, Roti, Dear Mama, Paapi, Sanju are a few of his rocking and blockbuster creations.

B Praak, Prateek Bachan is associated with Punjabi as well as Hindi music. He is a famous music composer.” He comes from a musical background with his father, Varinder Bachan, a well-known music composer and producer. He composed one of the evergreen Punjabi songs, “Soch.” Also, we all remember his painful voice in his debut song “Mann Bharrya. Yes, would remain in our hearts forever. His popularity and public likings have made him a billionaire and he earns approximately 100 million in a year.

Jatt Da Muqabala, Surmaa Kaala, and Girlfriend; these are created by our special music composer, Snappy. He was also awarded the “Best Music Director” Award at Brit Asia Music Awards 2018. He is an internet-born star who leveled up his skills by undertaking online tutorials. Not only singles but he has been contributing to Pollywood Industry with his masterpiece albums.

Jatinder Shah also has numerous superhit tracks registered under his name. He is a unique and popular diamond of the Pollywood industry because of his work integrating pop and Sufi music. His versatility not only ends here but contains traditional music, and modern music sounds. Sajjan Raaxi, Udaariyaan are our favorite songs composed by talented Jatinder Shah.

He is a heart snatcher. Mix Singh In The House is the name of Harmeet Singh Khanna who has been composing soft and resonant music. He has given a number of hits to the Pollywood industry. The list of his famous Punjabi videos is ‘Light Weight, Kangani, Mera Dil, Patola.’ He was also nominated for the Best Sound Recording in PTC Awards in 2014. Prior to debuting as a music composer, and director, he worked as a DJ and had a different name, DJ Harry.”

Byg Byrd is an Indo-Canadian music producer, performer, and music composer having Maninder Kalyan as his real name. He collaborated with Sidhu Moose Wala to give his first Punjabi song, “So High.” His primary career as a music producer has made him a millionaire. Same Beef, Sarkar are the top two superhit tracks that Byg Byrd has given to his fans. Yes, he is among those stars who always remain in controversies.

His music genre is composing cool music and he is creating superhit tracks, writing songs, raps, and singing for his million fans. Red Eyes, It’s Okay God songs have made big and are garnished. His collaboration with three top music industry names, Karan Aujla, Hardeep Grewal, Parmish Verma has been proving very helpful and fruitful for our ears.

He is the guy behind ‘Muzical Doctors.’ The famous two words we hear in top Punjabi songs. The songs he composes let all of us get out of our seats and shake a leg. His upbeat tracks uplift our mood. He has been writing songs and singing various songs and becoming the favorite singer of youth. Duji Vaar Puaar, Munda iPhone Warga, Gallan Teriya are some of his superhit projects.

We can proudly say that the Punjabi industry knows not limited to Punjab only. We Punjabis have won the hearts of people across the world. The high-class talent and hard-working directors, writers, and singers are transforming the shape of the Pollywood music industry. Subscribe to our channel and stay tuned to get interesting information about your lovely Punjabi music directors. We have a lot more to serve to our music lovers. If you want to share anything with us, please don’t hesitate to comment below. We are here to know your feelings.

Stay connected to music. Keep on listening to your favorite music directors, and keep rolling!